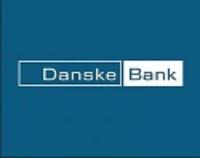 The Danske Bank Group, headquartered in Copenhagen, is the largest bank in Denmark and one of the leading financial enterprises in northern Europe. The group  offers  a full range of banking services, with an emphasis on retail banking.

The Danske Bank Group is organised in three business units – Personal Banking, Business Banking and Corporates & Institutions – that spans all of the Group’s geographical markets.

Danske Bank is one of the four commercial banks in Northern Ireland which are permitted to issue their own banknotes.

Danske Bank UK is a standalone business unit within the Danske Bank Group and operates under a UK banking licence.

Older banknotes bearing the Northern Bank name are still in circulation and continue to be accepted for payment as they are gradually withdrawn. Danske Bank has also ceased issue of £50 and £100 notes and will in future only print £10 and £20 notes.